Yesterday I went to Golden Gate Park on an unusually mild evening, walked on fresh grass, heard the leaves gently rustling, smelled the various flowers in bloom and my mind returned to some of the beautiful gardens around the homes where I grew up.  Particularly my grandparents' Lake House garden where I spent Many hours (another story) as an infant and up to age five when we moved to the East Coast.

Since today, Sunday, is CIWT's flower arranging and deck gardening day, I started in a frame of mind of Boo Hoo, Poor Me, I have to live in a city and only have a deck.  I was nostalgic particularly for the pansies at the edge of the Lake House garden 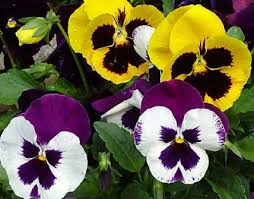 and the morning glories climbing the trellises at the back. 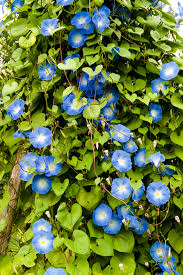 Why I thought can't I have something like this? 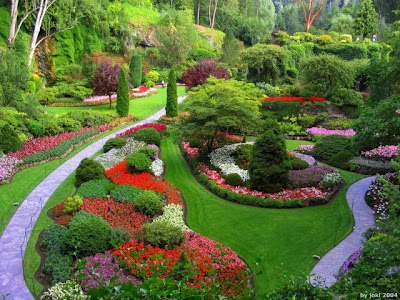 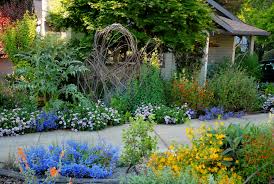 Then I remembered things like my grandparents' caretaker working for hours daily on the gardens and grounds, the weight and back breaking unweildliness of carrying just one bag of dirt up the myriad stairs to my deck. I remembered older people in Inverness where I spent some time beginning to sell their houses because their bodies could no longer take the strain of constant gardening.  And of course talk to any gardener in Marin and they are in some kind of state about the deer having eaten their prize flowers or trees - again!

And as I began to get tired from the effort of dead heading and cleaning up the flower boxes on my deck, I became more and more pleased with the concept of the abundant, professionally maintained public parks that are all around me and glad that all I had to do was fluff up a few boxes.