Presently at the de Young Hockney show, in an almost steady stream of his art works presenting trees, shrubs and trees, meadows and trees, paths and trees, trees with leaves, trees in snow, trees painted in oil, trees painted in watercolor, videos of trees, trees drawn on iPads and iPhones, there appears quite from nowhere a series of Hockney paintings based on Claude's Sermon on the Mount.  It is surprising, strangely refreshing to see such different subject matter, but perplexing.  There is no reproduction of the original painting so you don't know if Hockney has reworked Claude or, if so, how much.  And, with no explanation, it is anyone's guess why he was so taken with this work. Religious work by a French baroque early landscape artist at that.

There is signage with a title about 'Looking Up' which Ciwt didn't read, but she guesses that was somehow the point of all the Hockney renditions of Sermon.  Ciwt doesn't quite buy that.  For Hockney to have apparently stopped in his relentless artistic tracks to virtually obsess about a 17th century painting was certainly more than just because Claude made his viewer look up - and Hockney had never thought of this before (?).

An odd interlude. (I might add in a vivid, grand, head-scratching, oddly wondrous show which ciwt is still assimilating along with the marvelous input from her art viewing pal.  And then I might also add how special and rare art viewing pals are.  For real art lovers, it is not often one finds good company when looking at art.  Some people talk too much or are too judgmental or insistent on their viewpoint or go too slow or just kind of don't get it, or or, or.  My friend and I have been to any number and varieties of shows, and always it is fresh, stimulating, fun.  Rare). 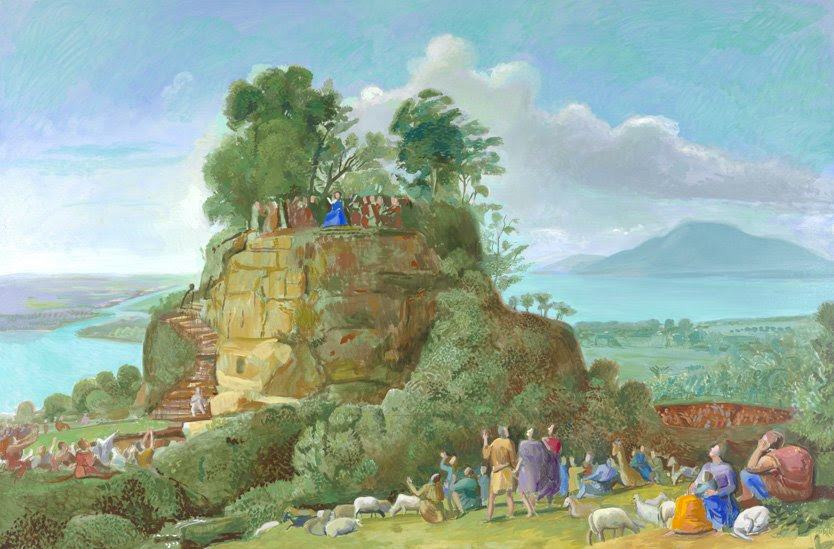