Frames far predate easel painting. The oldest way to think of a frame is as a border that separates the real world from the fabricated image.  For example: 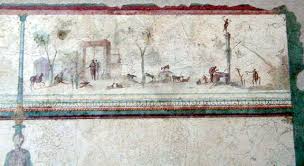 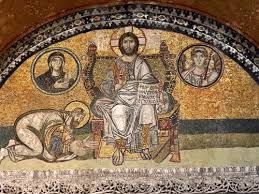 Mosaic of Leo VI from the Narthex of the Haggia Sophia

The real beginning of frames as structures separate from the image was altarpieces.  Some large:
Ghent Altarpiece

Some small for traveling or private chapels or sacred spaces: 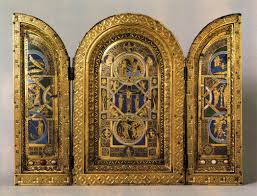 Whether large or small, the 'frame' came first and the guild painter created his work to fit the chiseled, shaped piece of wood.  The framer was more valued, paid more for his labor than the painter.

Gradually as nobles and merchants throughout Europe became more wealthy they also became private art collectors and non-architectural, non-altarpiece frames that were portable, adaptable to secular spaces, attractive (desirable), and protective of the art began to come into fashion.  And the rest is framing as we know it. 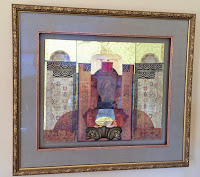