Ciwt went to a gallery 'show' of Wayne Thiebaud's art today in North Beach and was rather surprised to see his subject matter: mountains (?!). 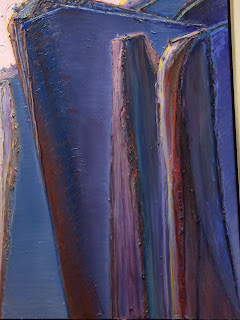 Not his pies, cakes and other delicious items for which he is so known.


Or his precipitous San Francisco cityscapes: 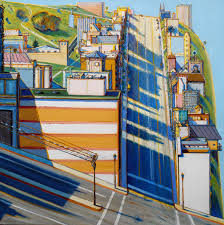 Not even his later Delta images: 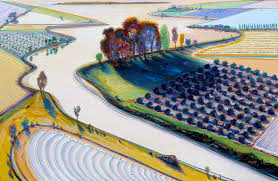 But, images aside, there in the show was the felt presence, the vestigial memory of the entirety of Theibaud's work.  It was there in the lush brushwork, the gorgeous, rich colors, the finely rendered graphics, the striving to capture timeless essences. And it was right there in the name of the show, which Theibaud, at age 93, entitled Memory Mountains.