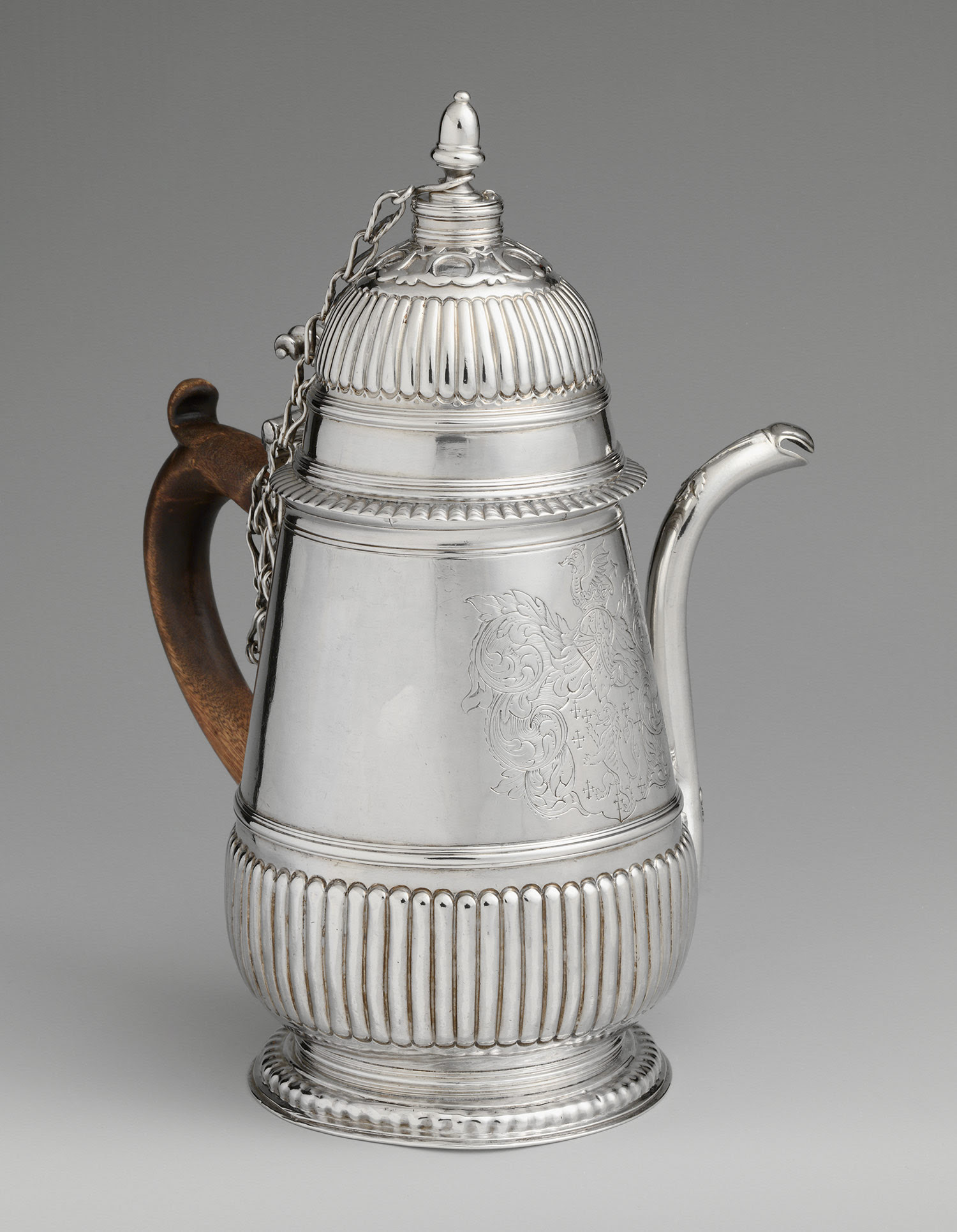 The lecturer had to cancel at the last minute at the de Young Museum this morning, so instead, Ciwt was able to view a video demonstrating the techniques (elbow grease combined with artistry) that went into producing a single early Colonial pot.  Aye yi yi.  At least 10 days of intense labor If the artisan could get his hands on the silver to do it with.  The English - wanting to promote dependence on their fatherland - essentially banned the importing of silver bullion to the colonies, so the silversmiths needed to depend on melting down whatever silver had found its way here - coins, silver pieces brought from England, shavings from previous work.

* Chocolate, introduced into sixteenth-century Europe from Mexico, arrived in the North American colonies by the late seventeenth century. Exotic and expensive, it was served from a specialized pot with a removable finial, here in the form of an acorn. A molinet, or stirring rod, inserted through a hole in the cover, was used to whip the thick beverage prior to serving. The clean, smooth surface of this chocolate pot is bordered by gadrooned and fluted ornament in a manner characteristic of Baroque styling. It is engraved with the arms of Hutchinson, probably for Thomas Hutchinson (1674/75–1739), a Boston merchant and member of the Massachusetts legislature.
Posted by Ciwt at 7:57 PM