Galway Kinnell (1927-2014), who died yesterday, was a poet whose name came into Ciwt's life from time to time, but whom she did not read for some reason.  It is said his two best-loved and most anthologized poems are "St. Francis and the Sow" and "After Making Love We Hear Footsteps."  Reading the former, Ciwt feels Kinnell, besides being a much awarded poet*, must have been a deeply humane and caring man. 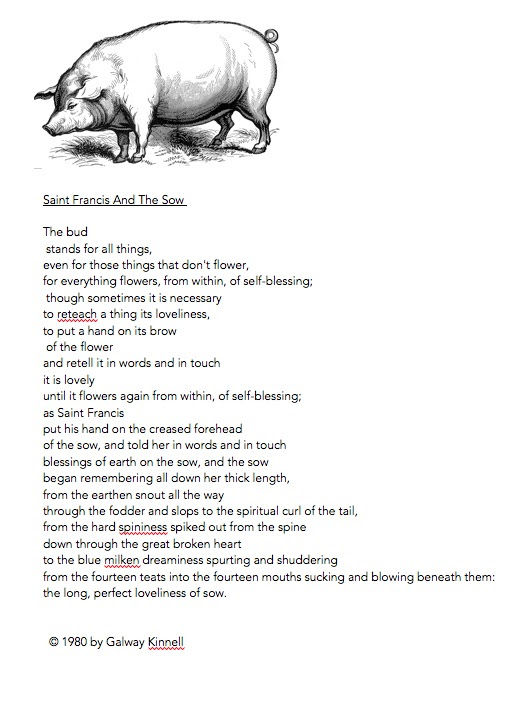 *"I've tried to carry my poetry as far as I could," he told the Los Angeles Times, "to dwell on the ugly as fully as far and as long as I could stomach it. Probably more than most poets I have included in my work the unpleasant because I think if you are ever going to find any kind of truth to poetry it has to be based on all of experience rather than on a narrow segment of cheerful events."

**Kinnell won the Pulitzer Prize for Poetry in 1983 for his 1982 Selected Poems, split the National Book Award for Poetry with Charles Wright  that same year and was Poet Laureate for the State of Vermont from 1989 to 1993.