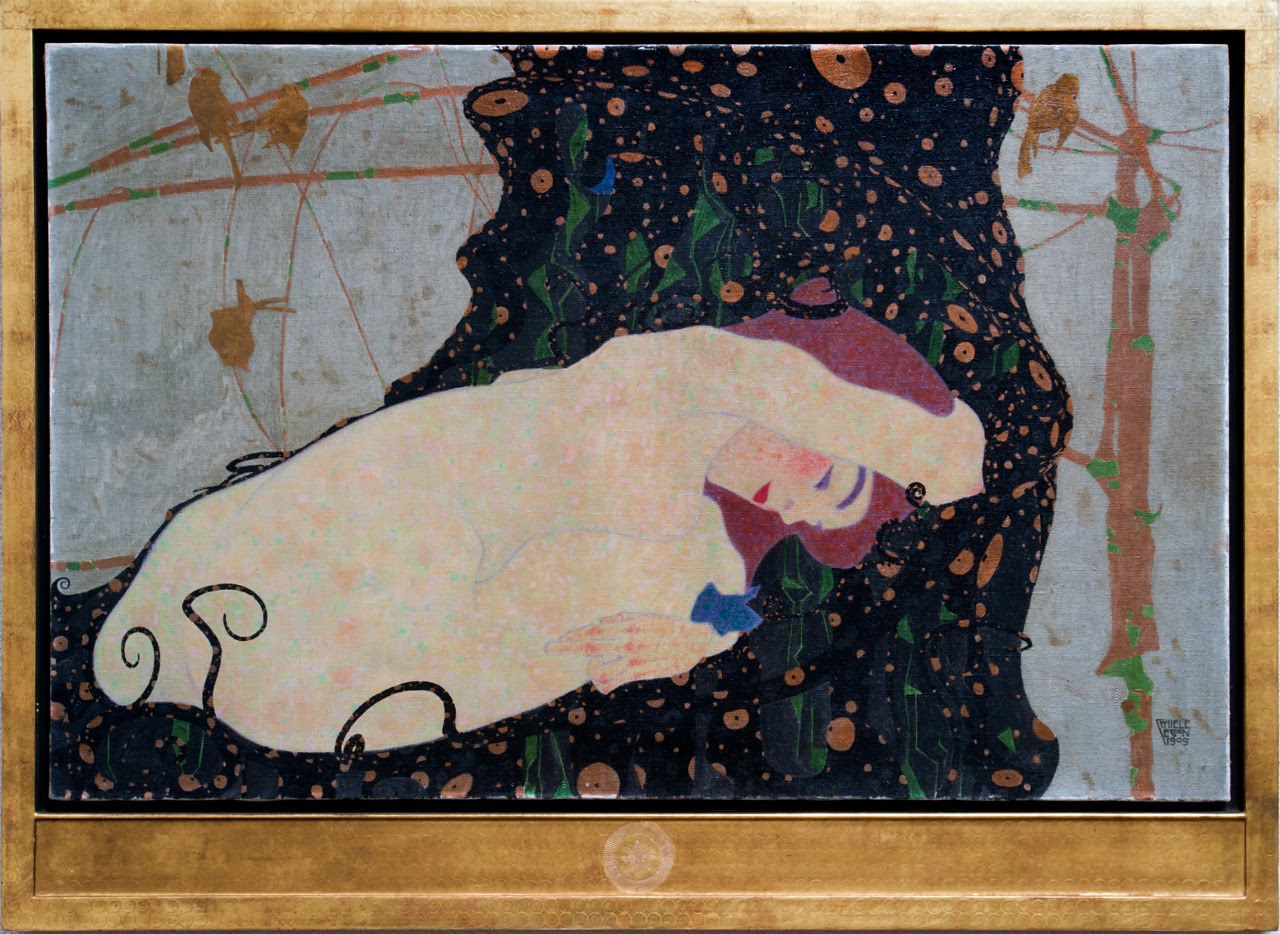 Is this Egon Schiele painting creepy or what?  A docent friend off to Delaware and Philadelphia on a docent museum tour texted it to Ciwt from the Philadelphia Museum of Art.

Perhaps he was uniquely qualified.  He was a supreme, prolific graphic talent who produced some of the finest examples of drawing in the 20th century.  And, with his insatiable sexual appetite he was certainly no stranger to the dark and convoluted; his brief but licentious lifestyle was marked by scandal, notoriety and a tragically early death from influenza.