Artists may go to art school but more often than not their teachers are the artists who came before them.


For instance, the Dutch painter, Frans Hals, was thought during his life time to be a 'rough painter,' who spent little time throwing his paintings together with loose, visible brushwork.  His early portraits radiated the gaiety and liveliness of  his subjects which was not popular among wealthy buyers who preferred more dignified images of themselves. Of course his 'unfinished' close ups of often engaged in 'frivolous' activities that brought them joy was often dismissed by much of the 17th century public. 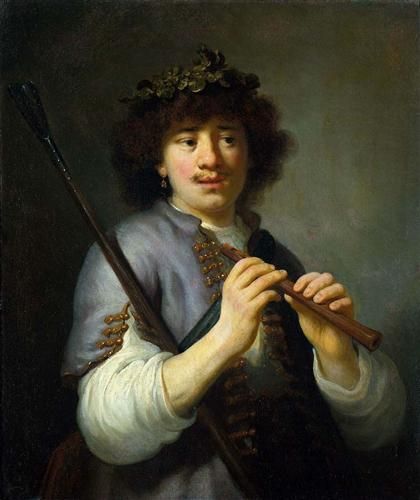 Or Jan Steen at the same time


Or by Van Gogh two centuries later who deeply admired Hals' expressive brushwork and once wrote to his brother,  'What a joy it is to see a Frans Hals, how different it is from the paintings – so many of them – where everything is carefully smoothed out in the same manner.'

And for the Impressionists the painterly techniques Hals developed for capturing the realistic liveliness of mid-motion, the sparkle of light bouncing off fabrics, the happy head cocks and saucy glints in the eyes were precisely the teachings and permissions they were seeking.