So, Ciwt is a longtime fan of Mark Rothko's art.

Rothko was at heart a musician; classical music was rarely off as he painted.  He immersed himself in the sounds, particularly Mozart's, the way Mozart's musical textures gave way to emotionality.  Joy, tragedy, ecstacy.  That power of  'going beyond' into spirit was Rothko's near impossible quest for his canvasses.

And so often it is what he achieved with his softly bleeding blocks of rich color.  In the 50's and 60's, his heyday, his works were titled simply - the year, a number, sometimes mention of the colors - but their effects were huge. At MoMA in the 1960's Ciwt remembers  numerous people dissolving into tears within moments of encountering his canvasses.  It was unexpected and spontaneous for them; something about his large expanses of subtly applied color tapped into their emotions and spirit in a profound, sensory way.

And there was inner light.  His colors were so compressed, the many washes so skillfully layered, the depth so deep that the best - and there were many - emitted a glow.  Like a very muted sun, even the dark ones.  If some of those were put together in an unlit room, they would literally light the room of their own accord.  Ciwt saw this for herself in one room at MoMA filled with several of his blue and black works.  The room was transporting; it felt as if she was bathed in moonglow. 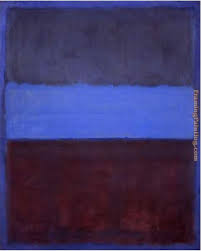 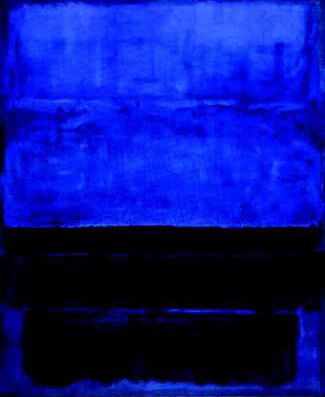 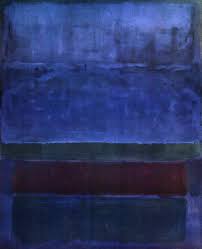 It was magical and remarkable.  Ethereal, and Ciwt certainly wasn't alone in feeling this.  One of Rothko's curators for a London exhibition captured the effect of this genius:  “[Rothko] asked me to switch all the lights off [late afternoon, when daylight had practically gone], everywhere; and suddenly, Rothko’s colours made its own light: the effect, once the retina had adjusted itself, was unforgettable, smoldering and blazing and glowing softly from the walls – colour in darkness… the world Rothko had made, in those perfect conditions, radiating its own energy and uncorrupted by artifice or the market place.”

But, as deeply as Rothko's art speaks to her, she has questions about about  how she would respond to visiting the Rothko Chapel in Houston, Texas.   More on that tomorrow.