Having already announced the CIWT Award for Supporting Actress, the time is ripe for the entire CIWT list of personal favorites from the official Academy Awards nominees. 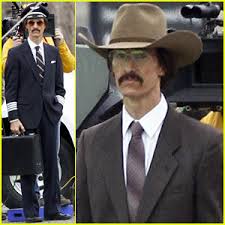 These are not Ciwt's predictions, just her favorites from the nominees. There were many deserving actors and movies this year so Ciwt; if others on her favorites list win, she will be happy. (Except for anything 12 Years a Slave - which probably will get some awards.  Ciwt went to it without knowing what she was getting into.  In some ways, great acting not withstanding, something about the unrelenting, crushing, dispiriting experience is still with her. Not in an educational way. If Jennifer Lawrence, Matthew McConaughey and Jared Leno weren't so good in their categories, CIWT would probably feel guilty not awarding the corresponding 12 Years actors because they were excellent).