Some rain beginning to cool off Crissy Field and beyond while the question of whether Lucas will accept the Presidio's offer to build his museum on an alternative site in the Presidio heats up.

All, not just Lucas's the proposals were rejected in favor of seeing how the site looks/feels/is used when the extensive work now in progress is completed. Too bad the media make it look like a Presidio Trust against Lucas kind of thing because it is not.

Ciwt hopes he and his Norman Rockwell and Hollywood memorabilia collection will decide to site themselves in the Presidio near his Digital Center and the increasingly beautiful park he built from bare ground.

But, who knows?  The history of every landmark, no matter how ancient, is the history of a tomb, wall, statute, museum, sports arena that almost wasn't. 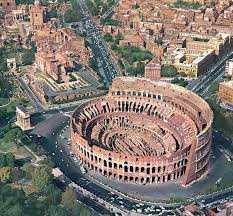 http://blog.sfgate.com/matierandross/2014/02/05/presidio-dangles-new-site-for-george-lucas-museum/
Posted by Ciwt at 6:50 PM