Ciwt is no fan of the wind - particularly when it is off the ocean and icy (WNW as the pros might have it).  She loves to walk and hike (of course) and once rented a cute, sunny apartment in the beautiful Point Reyes area.  Her thought was to take gorgeous, long, daily hikes, commune with nature, that sort of thing.  This was before she learned first hand about the powerful, nearly incessant wind in that part of the world. On one hike out to Tomales Point, she was literally blown over.

Another planned hike to the Point Reyes Lighthouse 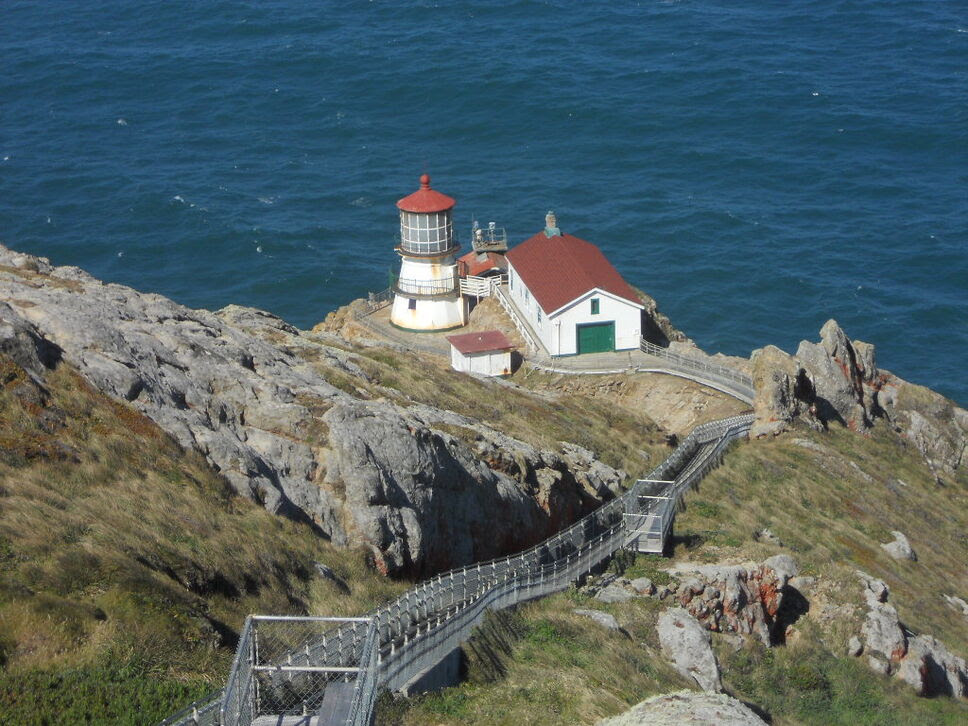 didn't happen because she arrived to find the steep steps down to it were roped off due to winds.  (They do that when winds reach 40 mph; not an uncommon occurrence). On and on it went in this vein until Ciwt began to dread the idea of a hike and finally gave up her place.

Now she's back with the others in San Francisco who attempt to keep up appearances in our City winds.
Posted by Ciwt at 10:43 PM