Ciwt was wracked with indecision today.


Should she go to the opening reception for a Wayne Thiebaud Paintings show where the artist - who has always been generous with his time even as his fame increased - would probably be?  And where even the smallest painting was priced at "upwards of $2 million" according to the gallery?

Or should she go to the newest documentary (He Named Me Malala) by film and TV director/producer, Davis Guggenheim?  It was 7 blocks away at the Vogue with Guggenheim in a Q & A after the film.

But, she'd met Wayne Thiebaud in her art gallery years, was short the $2 mill, not all that drawn to the Malala film AND 5 blocks away at the Clay was the opening of a documentary about Tab Hunter (Tab Hunter Confidential). That was what Ciwt chose.  Not because it was the closest but because Tab Hunter was a heartthrob of her youth (swoon) and because he and his partner (also the film's producer), Allan Glaser, would be doing a Q & A.

What a great decision!!  And what a totally authentic, caring, grounded man! As well as multi-talented: A top 40's singer, champion figure skater, competitive ski racer, and, the love of his life, Top Champion (Hunter/Jumper) Horseman .  As crazy as Ciwt was about him in her youth, she genuinely respects the real man now that he's well and contentedly past Hollywood. 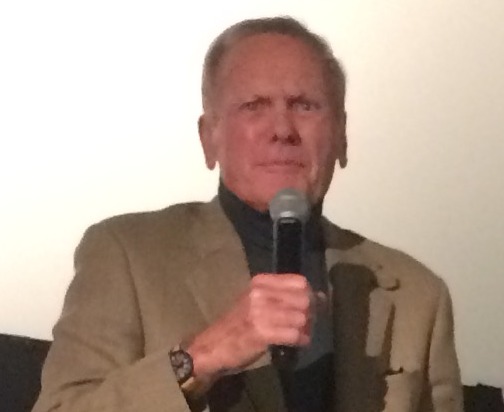