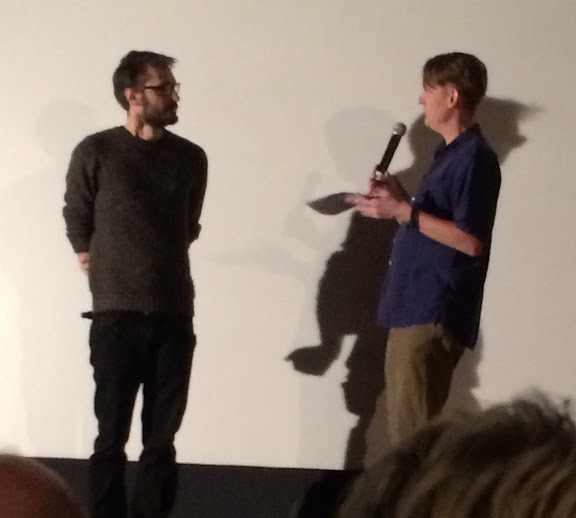 Film buff Ciwt had the opportunity today of seeing two excellent Italian films so new to the U.S. that they aren't even on Rotten Tomatoes. Broadening and enriching in many ways and such an easy way to travel to Italy as well as other centuries.

She has always been drawn to the figure of Harlequin with his diamond pattern clothing and quick, quirky trickster air.  But she didn't know much about his character or the Commedia dell'Arte, both of which have come through theater tradition since the 16th century.  Today's I, Harlequin and the Q & A with its director, Matteo Bini, gave her a thoroughly entertaining and thoughtful opportunity to make up for that.

Italo, the other very good film, is based on the true story about a friendly golden retriever

(is there any other kind?) who opens the heart of an entire Italian town.

(the real Italo)  Of course and deservedly, the movie did what every dog story always does to Ciwt.  Brought her to tears - as proved by Ciwt's blurry photo of the director, Alessia Scarso, and her translator  in the Q & A after the film 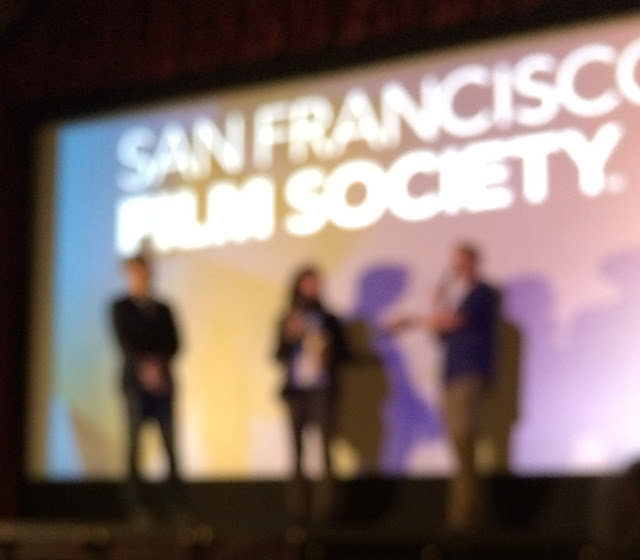