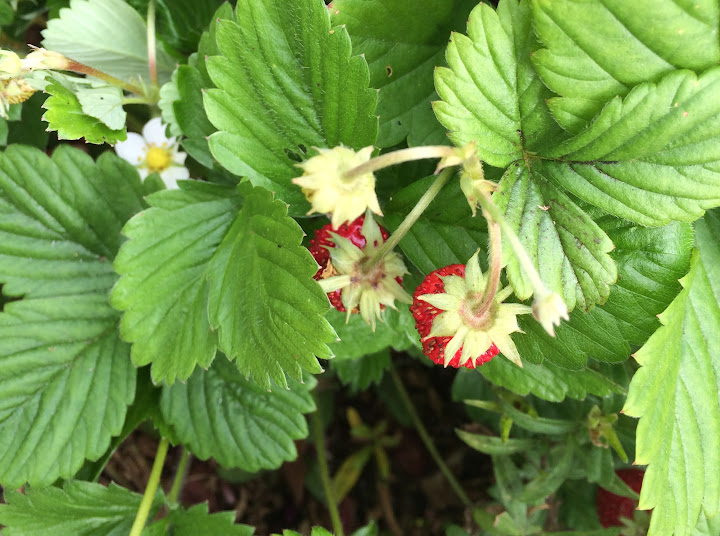 Tiny (and a little shy) but tasty from Ciwt's deck.  Turns out strawberries that we enjoy today were first cultivated in Brittany, France in the 1750's.  Before that they grew wild with a taste we wouldn't recognize and were used medicinally according to ancient Roman literature (The entire ancient strawberry plant was used to treat depressive illnesses).  Its appearance was apparently fetching (face it, the strawberry is cute) and is found in early (15th century) illuminated manuscripts, and Italian, Flemish, German, and English art and miniatures.

The combination of Strawberries and Cream was created by Thomas Wolsey in the court of King Henry VIII (1509 - 1947) which perhaps accounts for the particular English fondness for them.  To this day strawberries and cream are famously consumed at the Wimbledon tennis tournament.