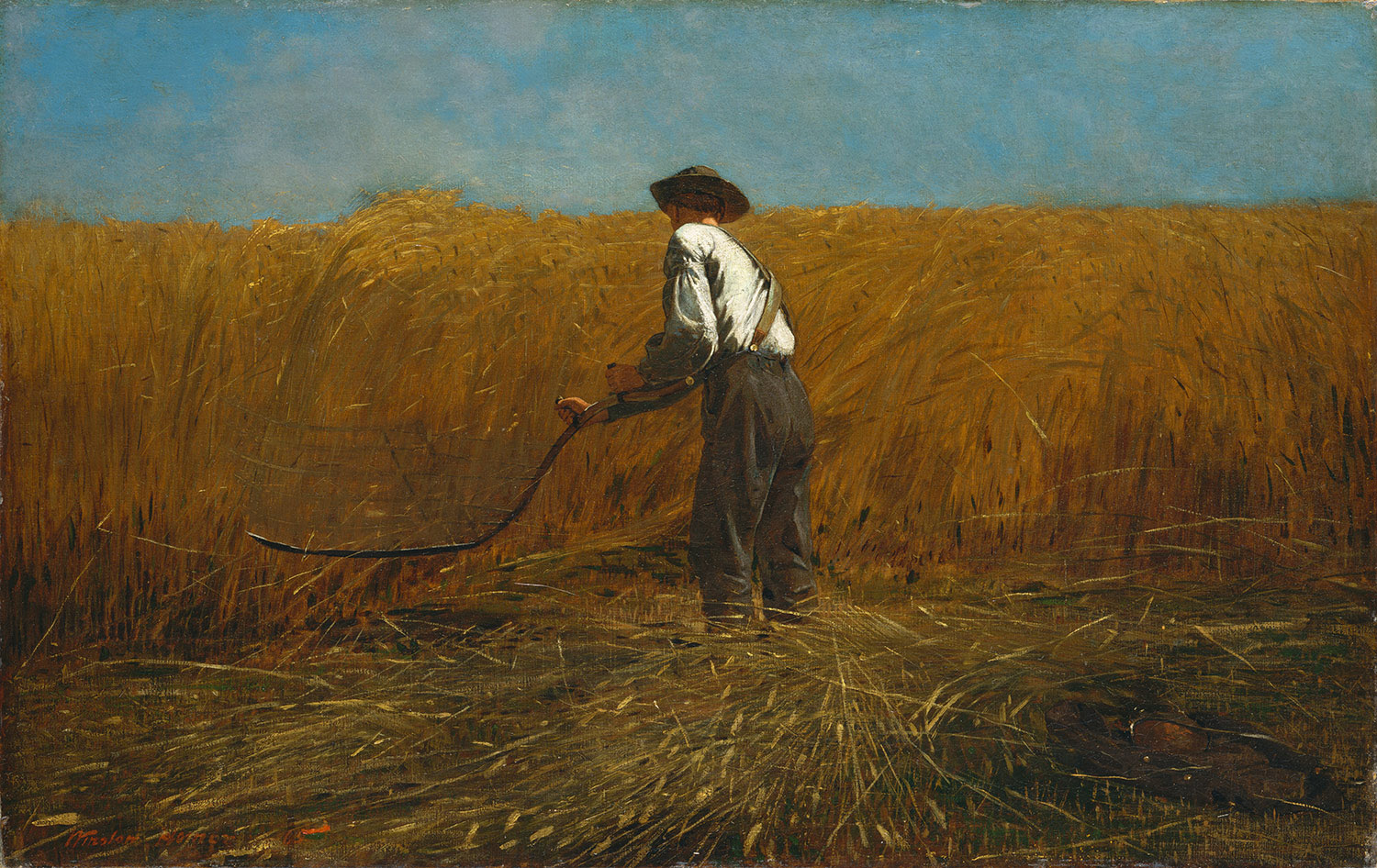 To confer honor this Veterans Day, Ciwt can do no better than Winslow Homer and the commentary by the Metropolitan Museum of Art.

Painted through the summer and fall of 1865, not long after the nation came to grips with Robert E. Lee's surrender and mourned President Lincoln's assassination—both of which occurred during the second week of April—Homer's canvas shows an emblematic farmer who is a Union veteran, as is signified by his discarded jacket and canteen at the lower right. The painting seems to blend several related narratives. Most soldiers had been farmers before the Civil War. This man, who has returned to his field, holds an old-fashioned scythe that evokes the Grim Reaper, recalls the war's harvest of death, and expresses grief upon Lincoln's murder. The redemptive feature is the bountiful wheat—a Northern crop—which could connote the Union's victory. With its dual references to death and life, Homer's iconic composition offers a powerful meditation on America's sacrifices and its potential for recovery.
Posted by Ciwt at 5:35 PM