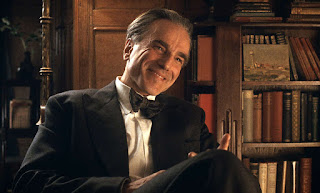 Ciwt is just home from seeing Daniel Day-Lewis's 'hallowed' performance in Phantom Thread for the second time.  The only movie she went to twice this year (unusual) and the only category she will throw something across the room if her favorite doesn't win an Oscar.  Gary Oldman is consistently outstanding in whatever movie he's in including this year's Darkest Hour, but Day-Lewis is in a category all his own.

She's steeled for Best Actress disappointment.  Sally Hawkins should win for literally carrying The Shape of Water, but she won't get the Oscar.  Frances McDormand will which is fine with Ciwt.

Oh wait, there's a second disappointment she's expecting: Willem daFoe whose supporting actor performance gave The Florida Project humanity and soul.  And please, please don't give Supporting Actress to Allison Janney.  Like the real mother, Janney was an off-the-charts bitch in I, Tonya, but how hard is that to play, especially when there are videos of the prototype?