See that rounded dome behind the frescoed ceiling? 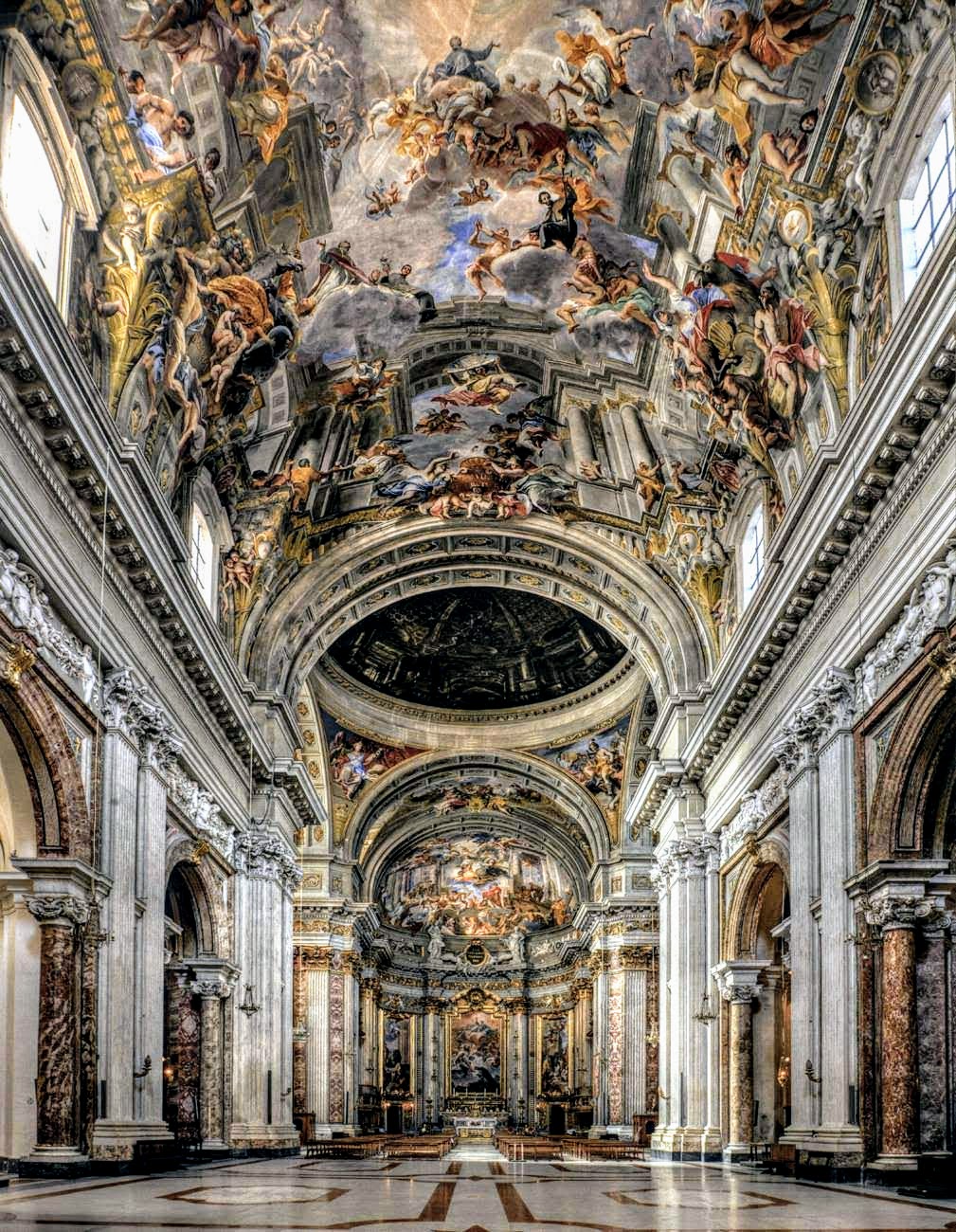 Here it is a little closer: 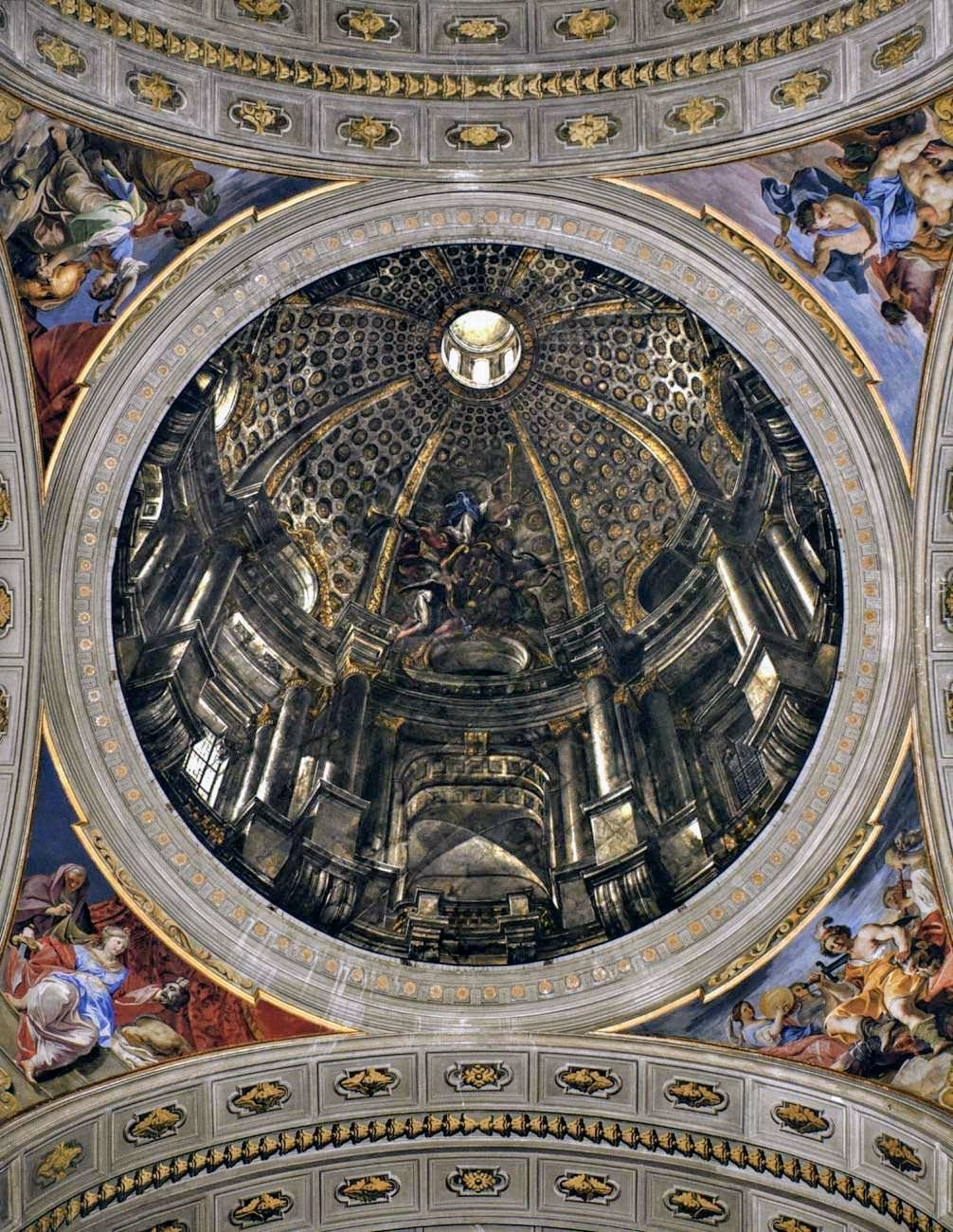 It's at the highest point of the Church of Sant'Ignazio in Rome, near the Pantheon.  And....it isn't a dome at all. Ie, the ceiling up there is flat.
Backtracking a bit, Ciwt was thinking about those high church ceilings and wondering how artists got up there to decorate them. Many of us, particularly those who read Irving Stone's The Agony and the Ecstacy or saw the movie, know Michelangelo worked from scaffolding to paint the Sistine Chapel ceiling.  He actually designed a unique system of platforms attached by brackets to the Chapel's walls.  This was ingenius (of course), but he never did figure out a way to overcome the physical strain of the increasingly uncomfortable work. Definitely not by lying on his back to paint.  Contrary to the movie image of Charlton Heston, he and his assistants stood and reached above their heads to paint, for years!  Makes Ciwt's muscles ache just thinking about it.
So far Ciwt hasn't learned how other artists before the advent of modern technology went about painting those gorgeous vaulted and domed ceilings around the world.  But she did learn about the false dome above which was a major accomplishment in its own right and executed by another Renaissance genius, Brother Andrea Pozzo (1642-1709).
Pozzo may have been a Brother in the Jesuit order, but he appears to be the Father of the illusionistic artistic technique called trompe d'oeil.  The widely traveled virtuoso painter-priest was an expert in mathematics who wrote detailed treatises on theories of perspective. And, when he was put in charge of the interior decoration at Sant'Ignazio from 1685-94, he had a supreme opportunity to put his theories into practice.
The Catholic Church at the time was in the business of winning believers back from the new Protestant orders that had sprung up since Martin Luther.  One of their main techniques was filling their churches with dazzling, theatrical art that stirred the hearts and astonished the minds of worshippers.  So, the original plan for the new Sant'Ignazio church called for an impressive, soaring dome through which the light of the Lord would appear to stream.
But, some time before completion, either the church ran out of money or the locals objected to a massive dome that would block their sun.  Enter Brother Pozzo who managed to make the bascilica's massive (and flat!) ceiling disappear, opening up an entirely convincing vista into the celestial world above.  What he was standing or sitting or lying on, Ciwt doesn't know, but, however he did it,  Pozzo's masterpiece is one of the most impressive pieces of artistic illusion ever painted.