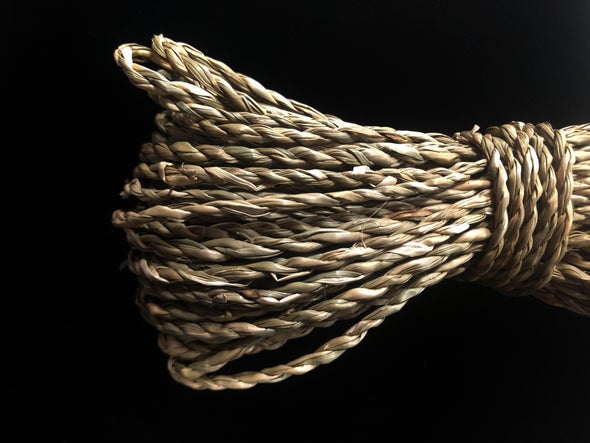 So, Ciwt thought she'd take a quick look at the history of fabric and clothes, then report on CIWT.

That turned out like taking a quick glance at the entire worldwide history of art.  In other words, it includes virtually everything.  First off,  everyone was naked for who knows how many tens of thousands of years or whether they had become humans yet.  Along the long, long way, discoveries were made or invented at different times in different parts of the world depending on myriad circumstances.

The more she researches, the happier she is (and you too!) that she wasn't one of our (pre) people ancestors. For instance, there's not a chance that she would have pulled fibers from the inside of tree bark and begun rolling and rolling them on her thigh.  And then! after weeks of rolling when she had enough strands, no way would she have thought to twist them around each other until she'd created string.  So, with Ciwt in charge there wouldn't have been fishing lines and nets, bows for hunting and creating fire, bags to wrap and carry bundles, straps to carry babies close to the chest and so much more that our civilization relied on.  Oh, and clothes!

And the blue in those jeans we all - worldwide -  have multiple pairs of and wear for everything from work to fashion?  You can't imagine how much artifice and effort it took to produce that indigo dye from certain types of green plant leaves.  Once that stable pigment was figured out, it was terrific for ink or paint.  But getting it to adhere to cloth, well that was cave person rocket science.  Then there's all the, you know, factories, trading routes, money and banking and other things that needed to be invented before we could all step into our daily jeans.

The other day Ciwt was writing about Super Kids as if they are something new.  But, come to think of it, our ancestors were the original Super Kids.  They may have been 'primitive,' but boy were they smart, resourceful and creative.