Day after Thanksgiving is:

-Black Friday, (on and off it turns out but since 2005) the busiest shopping day of the year.  If you wonder like I do what the name relates to, this is what Wikipedia has to say: The day's name originated in Philadelphia, where it originally was used to describe the heavy and disruptive pedestrian and vehicle traffic which would occur on the day after Thanksgiving.[4][5] Use of the term started before 1961 and began to see broader use outside Philadelphia around 1975. Later an alternative explanation began to be offered: that "Black Friday" indicates the point at which retailers begin to turn a profit, or are "in the black.

- The busiest day of the year for residential plumbers.

- Sadly possibly the busiest day of the year for  Emergency Rooms.

- This year a day the Dow soared indicating (to me) that we are just fine with our present and future president.

- The day my car had its tires rotated and front end aligned.

- A beautiful, clear, calm, quietly productive - you might say Zen grey - day for Callie and me. 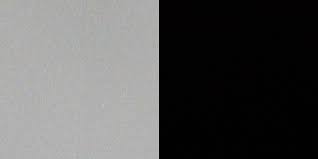