Several depictions of Matisse's wife, Amelie, are some his most famous paintings - masterpieces of 20th century portraiture as well as highly controversial for their utterly unorthodox uses of color and simple geometric structures. 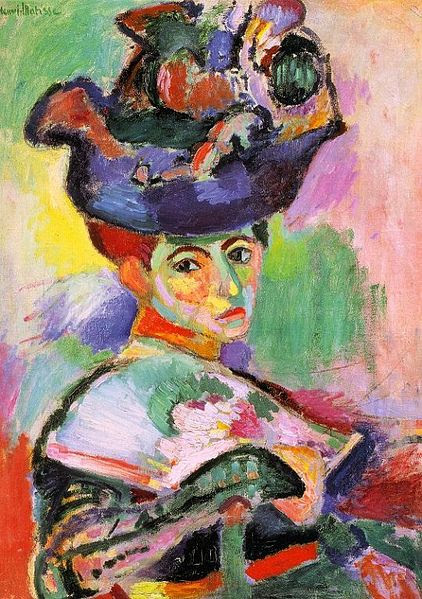 To say one of those portraits, Woman with a Hat,  was an outrage at its first appearance in the 1905 Paris Salon d'Automne would be as wild an understatement as the painting was simply wild.  At least in the eyes of the Parisians who criticized it as a 'wild beast' (or fauve) and came to the salon specifically to laugh, point, even spit and claw at it.

Matisse on the other hand was pleased with the painting, feeling he had truly begun to set color and form free and express himself more accurately.  He also was modestly proud that he had captured Amelie's courage, will and exacting faith in her husband, the painter.  The Matisses were truly active, hard-working collaborators in his career and art - even though Amelie seemed very demure in public.
To Ciwt this revelation of Amelie's spirit and Henri's eagerness to put in in front of the public makes a portrait just eight years later all the more sad.  Here it is: 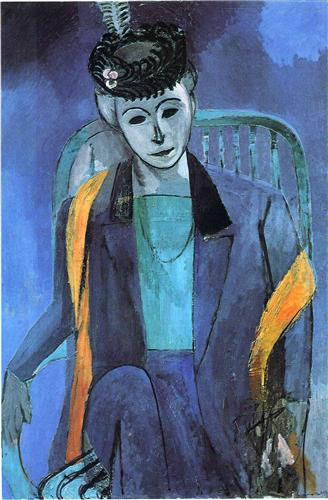 Henri Matisse, Portrait of Mme. Matisse, 1913
It says it all - at least as Henri had come to see Amelie, her vibrant physical presence and spirit had diminished along with his feelings and the partnership/relationship.  It is said Amelie wept when she saw the portrait.  The couple stayed together for another quarter of a century, but, within twelve months, he never painted her again.

(Perhaps more on all this another day...Here again are the two portraits of an artistic marriage).