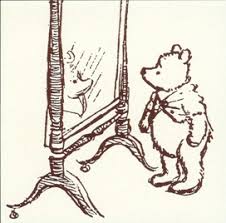 Sometimes when putting herself together in front of the mirror Ciwt hears a quiet voice asking "What if you just gave up?" And she is closer to understanding people she sees around who appear to have done just that - no more clothes that flatter or even fit, no primping, posturing, dieting, exercising, trying to look good at all .

But even Phyllis Diller didn't do that.  To the contrary.  Much of her successful shtick as a comedienne revolved around mocking her wild hair and not particularly attractive looks. Self-deprecating to a fault, a typical Diller joke had her running after a garbage truck pulling away from the curb.  "Am I too late for the trash?" she'd yell.  The driver's reply: "No, jump right in." Then, lo and behold, at age 55 she had a facelift thus beginning a series of fifteen plastic surgeries. Guess she 'gave up' in another way.  She gave up pretending that her never-very-good and diminishing-with-age looks didn't bother her.

Two different answers to the 'mirror question."  So far, Ciwt continues to engage daily with her personal response. Part of her thinks, wouldn't it be nice to just live in a log cabin in the middle of nowhere where looks wouldn't matter at all 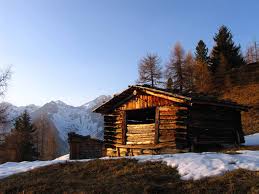 ?  But then she might look terrible to her mirror but really, really fetching to a bear, rattlesnake or psychopath, not to mention her total lack of basic survival skills.  So it's back to the reflecting glass for the daily challenge and trying to keep in mind