Today looked at San Francisco with new eyes.  Not uncommon when you really concentrate on art as I was doing at my artist's friend studio.  For the first time I really began to take in the Size of the current San Francisco.  There are at least two new cities within the southern limits of SF.  A huge new medical center going in, the baseball stadium, all the wealthy young commuters to Silicon Valley who want to live in the city.

Cool restaurants, cool stores selling wares I would never imagine, some crafted, some industrial. You can't find a parking place to save your soul.  I ended up finding a large, dirt tree root and pulling up on it.  Young, pricey, hip, crowded and cute as old warehouses and the few Victorians in that part of town have been turned into adorable happening places. Probably many of the people who hang in this rapidly evolving hood (part of which is known as Dogpatch) know nothing about the older, settled neighborhoods.  The neighborhoods you see in movies and postcards. The orientation is local and then south to Silicon Valley (and soon to the new medical center).

No more than 15 years ago, these were the hinterlands, light rail and bus yards, pot holed streets, shipping ports, electrical towers galore.  Areas you'd drive over on the freeways or not notice as you bumped and thumped through because you'd taken a wrong turn and gotten lost.

Hang on to your hat - and your wallet $. 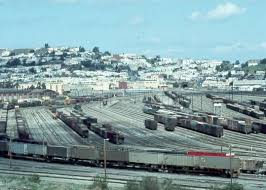 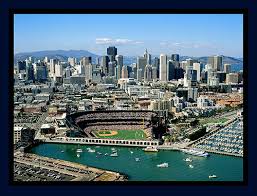 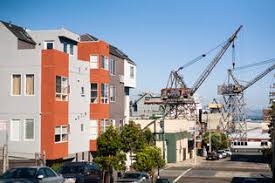