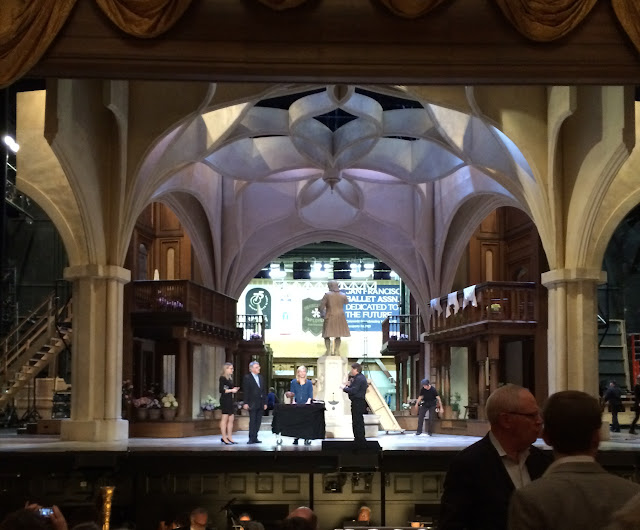 Sunday was the last performance of San Francisco Opera's Die Meistersinger*, and the sets from England had to get back there ASAP.  To accommodate that tight schedule, they opened the curtain between the 2nd and 3rd acts and made the audience privy to backstage happenings.  We watched as the sets were deconstructed and listened with interest to information about some of the myriad details that go into putting on an Opera and to a Q & A with audience questions as well as an interview with the Opera Director himself, David Gockley 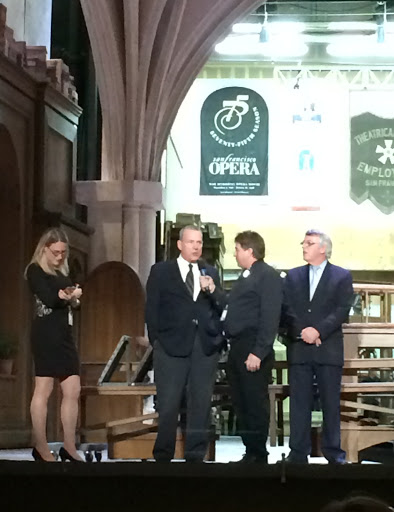 Quite special; the audience including Ciwt was riveted, postponing or rushing back from necessary bathroom breaks to hear tidbits. An excellent decision on the SF Opera's part: many of the sets were on their way to England before Die Meistersinger ended.  But, Ciwt can't help but wonder if Opera had other hopes for the entertaining intermission: Specifically keeping the audience in the house and energized for the 3rd Act (in the 5 and one half hour opera) which is longer than the first two acts combined.  If so, Bravo!