Back in the day when she spent time with her aunt and uncle at their ranch in Montana Ciwt read several historical books about mountain men, especially Jim Bridger because he is associated with the Livingston area.  From this reading, she got a truer sense of the actual day to day lives of these men - (trappers, military, guides) and their (often psychotic or bordering on it, certainly sociopathic) psychologies.  Rugged and desperate is an understatement.

But her mental picture from this reading wasn't even close to the actual the bleak, stark, tortuous grimness of their lives. She learned that from three hours in her seat watching The Revenant today. The 'untouched' Rocky Mountains are magnificent, a co-star throughout the movie, but no man - or beast - in them is sitting around admiring them or stopping to enjoy any views. Life and survival are synonymous. Leonardo DiCaprio does a riveting job communicating that in an intensely physical performance which grabs your attention and never lets go. And, if you ever wondered about the deeply disturbed humanity of some of the mountain men, look no further than Tom Hardy's performance.

The Revenant is a real Western about the real mountain west.  And really grisly.  And long and certainly not for everyone.  Truth be told, it was almost too much unadorned (often horrifying) brutality for Ciwt who has a sort of penchant for well-made suspense (and Tarantino-like) violence. Ciwt would have liked a storytelling or something break from catastrophe/struggle/survival followed by catastrophe/struggle /survival for three straight hours. 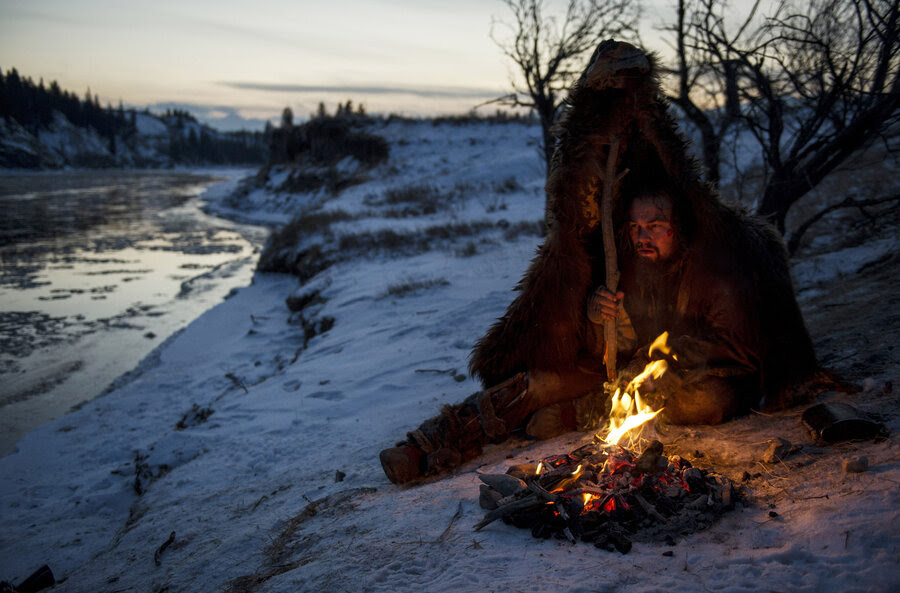