The question is:  Which Jeopardy audience member arrived at the taping in a Black, shiny Town Car?
The answer is:  CIWT writer, yours truly.

Having no idea how to navigate L.A. - especially on a short, turn-around trip - I threw up my hands and said "Town Car!"  Which was totally the right decision with an unexpected result.  When I arrived at the Sony Pictures Visitor Center, they fawned all over me: Hello, Where Would You Like To Go?, that sort of thing - much more fawning than my very nice driver.  Finally, he was the one who said, "She's here for a taping.  A Jeopardy taping."  Their response: "You're an audience member?!"  They couldn't have been nicer even then, but my sense from what happened is that very few, if any, audience members come (and later go) in a town car - so they assumed I was someone. 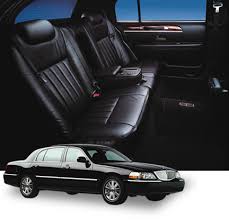